The Provident Foundation: A timely mission 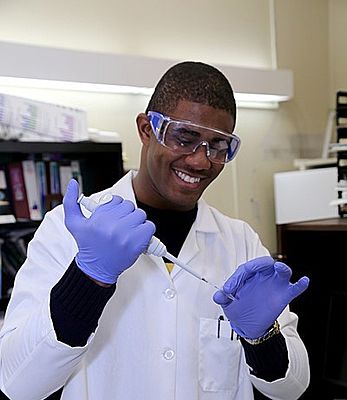 A timely mission: addressing racial disparities in healthcare during the COVID-19 era

As the COVID-19 pandemic has amplified long-running racial disparities in healthcare access and education in the United States, the Provident Foundation’s mission is timelier than ever: to provide exposure and access to education, mentorship, and scholarship opportunities for historically underrepresented youth in the Chicago area to pursue careers as next-generation healthcare professionals.

The Provident Foundation was established in 1995 by co-founders James W. Myles and Ed Gardner to preserve the historical legacy of Provident Hospital and Training School and the pioneering work of its founder, Dr. Daniel Hale Williams. Established in Washington Park in 1891, the Provident Hospital and Nursing Training School was the first African American-owned and -operated hospital in the United States. “Provident Hospital became a symbol of Black empowerment, and it signaled to the world that the South Side of Chicago was capable of self-determination through education pathways,” said Myetie Hamilton, board chair of the Provident Foundation and the granddaughter of co-founder Myles.

The University of Chicago Office of Civic Engagement’s Community Programs Accelerator selected the Provident Foundation as a Core Accelerator organization in 2018, awarding a $50,000 grant and a range of capacity-building support to the foundation.

“Provident rebooted itself within the past five years and created some new programming. But we ran into a ceiling on what we were able to accomplish given the resources and expertise we had,” said Dr. Jim Woodruff, board member and Dean of Students at the University of Chicago Pritzker School of Medicine. “The Accelerator has brought a significant amount of expertise to the table to help us refine our ideas for the future. They’ve provided resources to help us support additional cohorts of students and to bring our organization up another level in terms of size and impact. We see real progress, measured by the increased funding we’ve been able to raise over the past year.”

The Provident Scholars Program: the impact of mentorship and early exposure

Through its Scholars Program initiative, the Provident Foundation invests in Black and Latino South Side youth who are interested in pursuing healthcare careers but lack opportunities to do so.  The goal is for those students to return to their own underserved communities once they’ve completed their medical training. “We believe that if we invest in these students, we will empower the next generation to provide quality healthcare to their communities, to achieve professional success, and to serve as role models to future generations,” Hamilton said.

The Provident board selects three to four Scholars per year. Upon acceptance into the program, Scholars receive an initial scholarship of $3,000 and financial assistance to cover MCAT fees and medical school application fees.  But, more importantly, Scholars receive long-term, ongoing mentorship from board member physicians, healthcare professionals, and fellow Scholars. “We realized that money is not the most important ingredient in the success of young people in this pathway,” said Woodruff.

The Scholars Program has already made a positive impact. Provident Scholar Eric Madu was accepted into medical school and is currently in his first year at Meharry Medical College in Nashville, Tennessee. When setbacks came during the medical school application process, Madu turned to his mentor: “The times I didn’t get the MCAT scores I was looking for, I emailed Dr. Woodruff. He said, ‘Don’t give up. Keep pushing. We believe in you.’” Madu attributes his focus to encouragement from mentors like Woodruff.

Originally from Auburn Gresham, Scholar Miciah Wilkerson is a fifth-year pre-med undergraduate student at the University of Illinois at Urbana-Champaign. After graduation, he plans to earn both an MD and an MPH (Master of Public Health) and he cites Woodruff, Dr. Abdullah Pratt, and Dr. Doriane Miller—all Provident board members—as his mentors. “I thought everyone had mentors as physicians, or at least shadowed physicians,” Wilkerson said. “But most people, even in senior year, don’t. I’m blessed to have a handful of people in my network I can just call.”

Provident board members also connected Madu and Wilkerson to shadowing opportunities and pipeline programs. “I shadowed physicians before I started college,” Wilkerson said. “That experience made me realize I don’t have to be an expert in organic chemistry to become a physician. If I hadn’t had that early exposure, I probably would have changed my career path.” Similarly, Madu says that his earlier shadowing experiences have given him context and perspective for the skills he is developing in his first year of medical school.

Building momentum for the future: transforming the health of a community

This year, Provident saw a significant increase in donations, which allowed the foundation to match the Accelerator’s grant with a total of $68,000 raised to date. As a result, Provident was able to add a fourth Scholar to the 2020 cohort.

Both Madu and Wilkerson share the foundation’s vision for their communities’ futures. Wilkerson wants to expand healthcare access on the South Side by opening clinics that are connected to barbershops and hair salons frequented by the Black community. Madu wants to benefit people living in rural areas of his native Nigeria who can’t afford medical care by establishing free clinics in his hometown: “Each day I wake up and remind myself of the reason why I am in medical school, the reason why I chose this path, the reason why I have to do this. There is no going back on this.”

Ways for you to support the Provident Foundation’s mission: 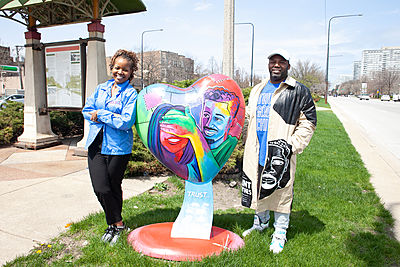 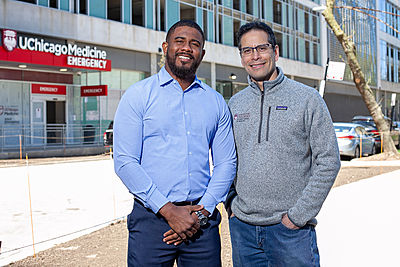 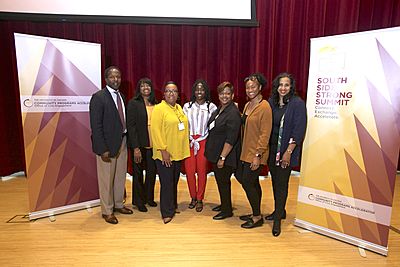